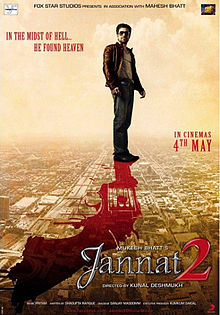 "How time flies... 4 years of #Jannat2 A memorable journey of finding heaven amidst hell. Thank you for the love," the actor tweeted.

The movie was a 2012 Indian crime thriller film and the sequel to the 2008 movie, Jannat.