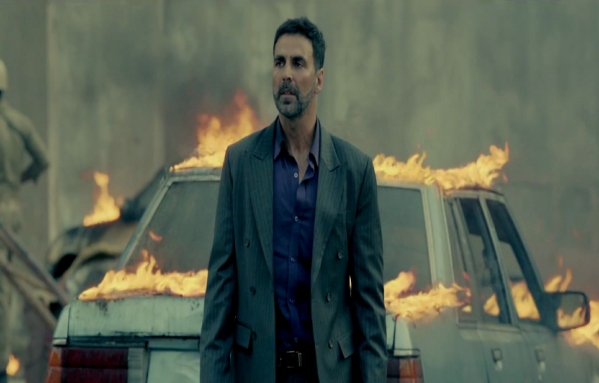 Akshay Kumar apologises after his bodyguard slaps a fan

The incident was caught on camera where the fan was seen slammed by Kumar's bodyguard as he was attempting to take a selfie with the superstar.

Commenting on the episode, Kumar later tweeted: "What happened that day was unfortunate and uncalled for. I was at the airport and I heard a commotion which made me turn around, I didn't notice anything wrong so I walked on. It was later brought to my notice that my bodyguard had punched a fan. I have reprimanded him and given him a strict warning for the same. My sincere apology to the fan who was hurt. "

" I hold my fans in the highest regard and such incidents are always upsetting. I will ensure such a scenario is avoided in the future," he said.

Akshay Kumar is known for his performance in  "Khiladi series", "Bhool Bhulaiyaa", "Rowdy Rathore" , "Gabbar is Back" among others.

He will soon be seen in "Housefull 3".