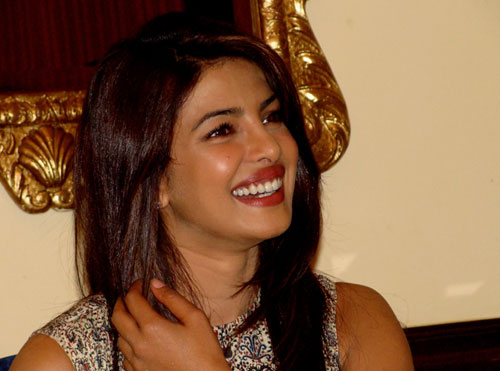 Chopra was earlier invited to the White House Correspondents' Dinner.

When a netizen asked her on Twitter: "@priyankachopra PC are u going to the White House in 30th April ?? #askPc"

The 'Quantico' actress said: "Yes I will be attending @4_mejo."

Chopra, who is known for her acting in Indian films like 'Barfi', 'Krrish', 'Bajirao Mastani', among others, gained international attention with her performance in US TV series 'Quantico'.

She also busy filming for her debut Hollywood movie 'Baywatch'.