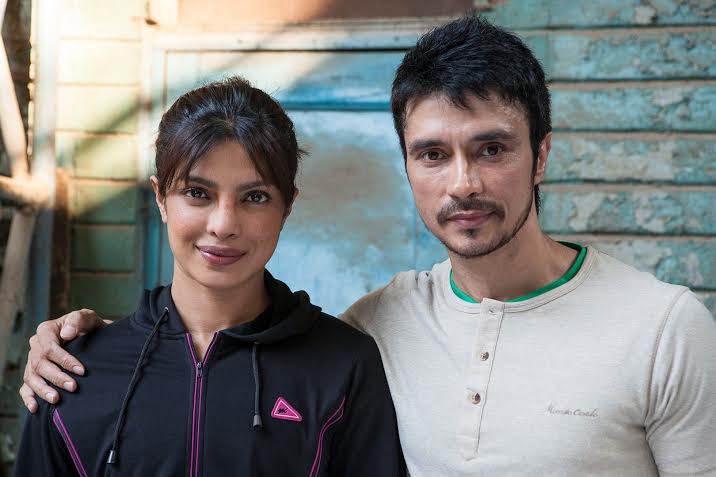 Five times world champion MC Mary Kom will herself join Priyanka Chopra to officially release the music of the biopic on her life.

The event will be held at ITC Grand Central in Mumbai Thursday, and is promised to be a grand star studded affair with the film’s Director Omung Kumar, Producer Sanjay Leela Bhansali, Ajit Andhare, Music directors and Singers of the film joining Priyanka and Mary.

One big element of the event would be to witness Priyanka Chopra perform as she sings Chaoro (lori) live! This is Priyanka’s debut song as a singer in Bollywood and everyone is looking forward to hearing it. Supporting her would be all the other renowned singers and musicians who have rendered their mellifluous voices to deliver an impactful music for this film. The music launch event is designed on the theme ‘Ziddi Dil’ and has more surprises to offer that will truly leave lasting memories behind.

'Mary Kom', is about the Indian Boxer and Olympic medallist MC Mary Kom, her life, struggles, family and her perseverance to be the best. 'Mary Kom’ is directed by Omung Kumar, and produced by Viacom18 Motion Pictures and Bhansali Productions. The film is scheduled to  II,