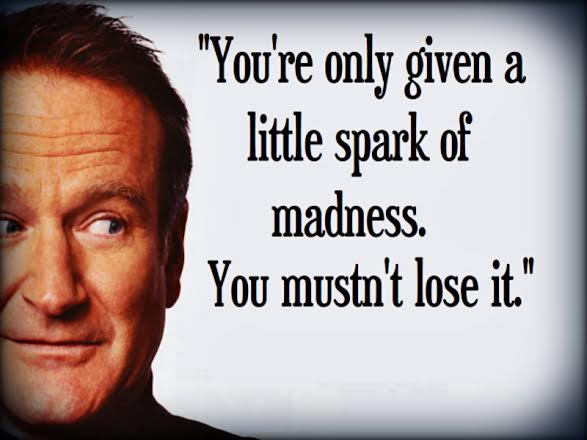 Bollywood super star Amitabh Bachchan tweeted: "Lost in person Robin Williams .. his versatility extraordinary, his best though to me was his stage standup solo performances !!"

Shocked by Willaims death, Bollywood actor Abhishek Bachchan posted on his Twitter account: "Oh captain, my…… terrible news about the passing of one of my favourite actors. Mr. Robin Williams.This is the 1st time he made anyone cry."

Filmmaker Shekhar Kapur said :"The man that brought us so much laughter and joy committed suicide? Who knows the internal conflicts of the creative mind #RIPRobinWilliams"

Another filmmaker Farah Khan said : "Oh god.. How do u tell Ur kids Mrs.Doubtfire has died!? RIP Robin Williams.. Thank u for the laughter n the movies!"

Thanking Williams for providing entertainment to his fans for decades, filmmaker and actor Farhan Akhtar tweeted: "Robin Williams. Thank you for the decades of entertainment. RIP."

Senior Bollywood actor Anupam Kher said nothing has made him sad for long time like the news of Willaims' death.

"Nothing has made me so sad in a long long time as the saddest news of Robin William's death. His roles & his persona always inspired me.RIP," Kher tweeted.

Bollywood actor Shah Rukh Khan posted on his Twitter homepage: "'To have no yesterday, and no to-morrow. To forget time, to forgive life, to be at peace'….may death be so for My Captain. RIP Mr. Williams."

Reacting to the actor's death, Boman Irani, who is known for his comic roles, tweeted: "Been rewinding Robin William's films in my head over and over again. Wish we could rewind the last few hours."

Actor Arshad Warsi posted on his Twitter homepage: "Robin Williams, one of my favourite & a great actor has passed away ..... god bless you... RIP."

Another Bollywood actor whose portrayal of comic characters are appreciated by his fans, Riteeish Deshkukh said: "No amount of thank-yous are enough - yet thank you - Robin Williams -RIP."

Actress Bipasha Basu said she was heartbroken and shocked by the news of Williams death.

Music composer Vishal Dadlani posted on his Twitter homepage: "To wake up to a world without Robin Williams, is to wake up to a bleaker world."

Actress Neha Dhupia said: "RIP Robin Williams ,U ve left us with so much to laugh abt with ur performances .But u ve gone too soon! so sad."

Williams, the Oscar-winning actor and comedian who won hearts of young and old with his roles in films like Mrs Doubtfire and Jumanji, is no more. The 63-year-old actor was found dead on Monday in his home in Northern California and he might have ended his life himself since he was suffering from depression.

'Robin Williams passed away this morning. He has been battling severe depression of late. This is a tragic and sudden loss. The family respectfully asks for their privacy as they grieve during this very difficult time," his representative told media.

His wife Susan Schneider issued a statement saying: “This morning, I lost my husband and my best friend, while the world lost one of its most beloved artists and beautiful human beings. I am utterly heartbroken."

Williams caught the eyeballs with his role as the alien Mork in the TV series Mork & Mindy (1978–1982) and then excelled as both stand-up comedian and an actor in films.