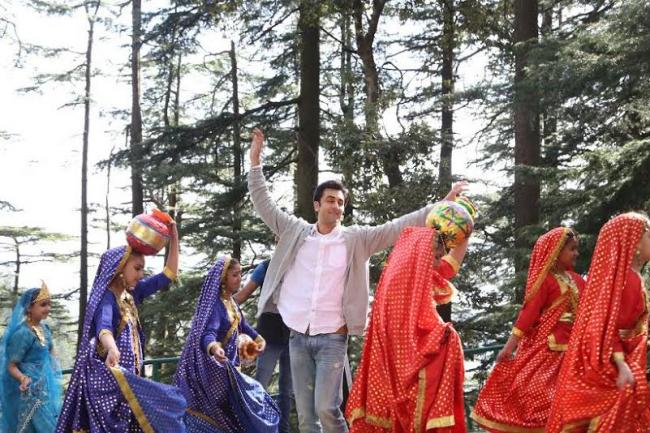 Team 'Tamasha' gets a lesson in folk music , dance in Shimla

While shooting for the final schedule of the film in Shimla, the crew got to listen to the rare and beautiful folksy tunes from Himachal Pradesh. Staying in the historic Sidhowal Lodge in the hill town, one evening the local artists from Shimla turned up impromptu and sang Himachali folk songs.

For the crew, this was a super pleasant surprise! The friendly folk musicians even showed off some dance moves impromptu & helped the crew learn a few Himachali dance moves.

With ‘Tamasha’, the filmmaker is expected to highlight common Indian theatre & public performance styles on a grander, innovative scale. And we sure can’t wait to see these.

The film is presented by UTV Motion Pictures and Nadiadwala Grandson Entertainment.