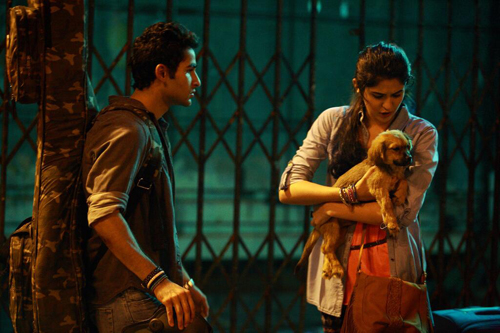 Adopt a Dog Be a Hero, Lekar Hum style

India Blooms News Service | | 30 Jun 2014, 12:42 pm
#Lekar Hum Deewana Dil
Mumbai, June 30 (IBNS) Always wanted to feel like a hero but didn't know how? Well, here's your chance to feel like a hero by adopting a dog. In the film 'Lekar Hum Deewana Dil' Karishma rescues and adopts a puppy from the streets. The little pup 'Jerry' becomes an integral part of the Dino and Karishma's life.

Now wouldn’t you want a pet like that? Someone who loves you unconditionally and waits for you to come home, jumping with joy on your arrival? Adopting a dog will give you all that and much more. Save the four legged animal and spread some joy in your life.

In keeping with this thought, various kiosks will be put up at PVR Pheonix, PVR Kurla, PVR ECX in Mumbai and PVR Anupam-Saket, PVR Priya-Vasant Vihar in Delhi where one can register for this noble cause. Registered members will also get chance to win free movie tickets for the film ‘Lekar Hum Deewana Dil’ along with an opportunity to meet the lead stars Armaan and Deeksha.

Animal lovers can also give their opinions and show their support for this cause on the hashtag #AdoptADogBeAHero Tweetathon. The team of ‘Lekar Hum Deewana Dil’ is associated with the NGO ‘The welfare of stray dogs’ on this activity. They will donate Re .1 for every hashtag used, to this NGO.

From the same banner that’s known for its contemporary love stories like Cocktail & Love Aaj Kal, LHDD is a new age love story about today’s couple. The movie is set to release on 4th July 2014.