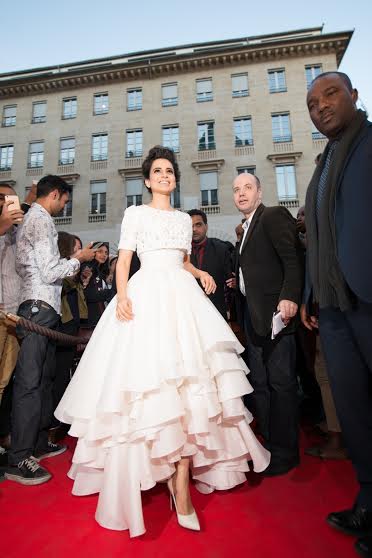 But it seems to be second nature to Kangana Ranaut to break the rules and set some of her own in every space - this time being fashion.

Thanks to her smashing appearance at the premiere of her film Queen in Paris, she has topped this week's global best dressed list by garnering massive votes from viewers on the poll hosted by Red Carpet Fashion Awards.

Styled in a stunning gown by Ralph and Russo, she's put get India on the fashion map all over again. Her look was leading the Best Dressed poll by a significant margin as soon as it kick started so her topping it seemed like a worthy culmination.