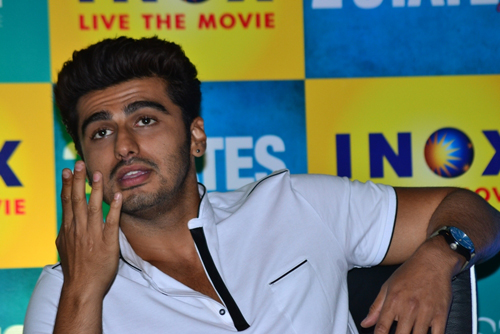 The actor, whose recently released film '2 States' has already created magic at the Box Office , joined Twitter on June 24.

In his tweet, which was addressed to his sister Anshula Kapoor,  Arjun Kapoor posted on his Twitter page: " I am being tutored by @anshulakapoor as we speak on how to handle my handle."

Several Bollywood celebrities, including filmmaker Karan Johar, actor Abhishek Bachchan, welcomed him to the world of the micro-blogging site.