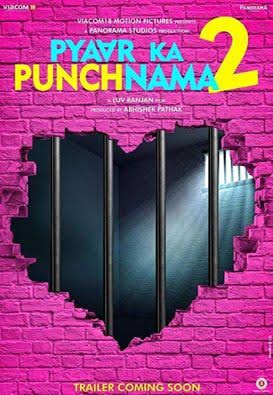 India Blooms News Service | | 31 Aug 2015, 02:02 pm
#'Pyaar Ka Punchnama 2' unveils its teaser poster
Mumbai, Aug 31 (IBNS): After the super success of 'Pyaar Ka Punchnama', which redefined youth comedies and achieved cult status, it's now time for PKP2.
The unique teaser was released by the makers under the #PKP2DilKaJail with a prison inside a heart shaped pink wall.
This is to be extended into an on ground activity with standees placed across theatres, so that people can pose for pictures inside the jail and post on their social media profiles

If the first edition had you in splits, going by the teaser the second edition will up the ante a few notches higher. ‘Pyaar Ka Punchnama 2’ is directed by Luv Ranjan and produced by Viacom 18 Motion Pictures and Panorama Studios Production.
The film is slated to release in theatres on October 16.
Related Images