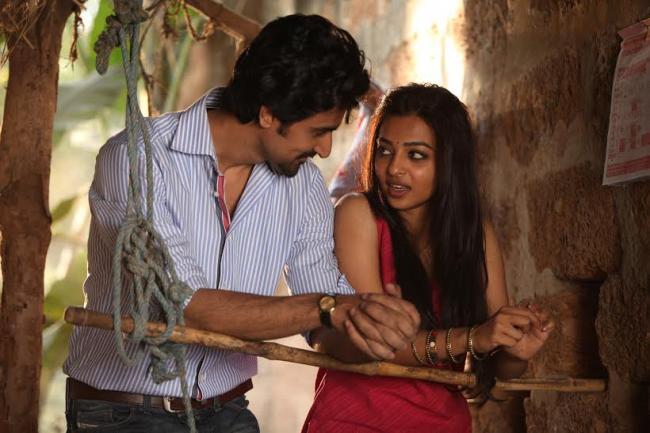 India Blooms News Service | | 28 Aug 2015, 04:58 pm
#Radhika Apte, # Swades, # Kaun Kitne Paani Main
Mumbai, Aug 28 (IBNS): In Ashutosh Gowarikerâ€™s â€˜Swadesâ€™, Bollywood superstar Shah Rukh Khan had played a talented engineer working for NASA, who comes back to his hometown in India and ends up using his knowledge for the betterment of his village.

Talking about her character, Radhika said, “In the play, I play a girl from a small village, who goes to the city to study and comes back to her hometown because she wants to use her knowledge to help in the development of her village.”

Needless to say, this reminded us of Khan’s Mohan Bhargava character from ‘Swades’.