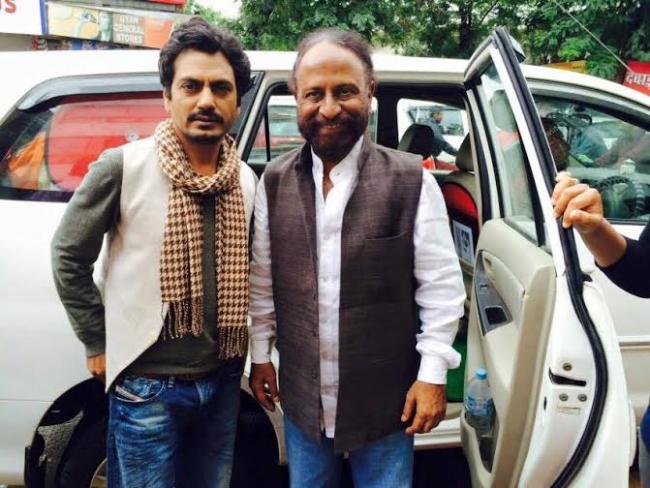 I started making biopics when nobody was interested: Ketan Mehta

Trans World Features | | 23 Aug 2015, 11:31 am
#Ketan Mehta, # Biopic, # Manjhi-The Mountain Man, # Rani of Jhansi, # Kangana Ranaut
There's something about Ketan Mehta that makes him one of the respected filmmakers in the country. The maker of just released Manjhi-The Mountain Man, spoke to TWF correspondent Gaurav Sharma on its research and his next project on Rani of Jhansi starring Kangana Ranaut

Why do you make so few films?

(Smiles) Because I try to do my work with dedication. It’s not an easy thing making a film. I feel whatever you do, you should be passionate about it and give you best while doing it. It’s true that I haven’t made too many films of late but it’s not a conscious decision. Most of my films require a lot of research and I make sure that the research work is done extensively and in the most accurate way before starting shooting.

Is that because you make a lot of biopics?

To a great extent yes but I feel research is required in all kinds of films. Biopics do require a lot of research because you can’t get wrong with facts. I have made quite a few biopics in the last few years and they did demand extensive research and as a filmmaker, I can’t compromise on that.

But why are you obsessed with biopics?

(Laughs) No, I am not obsessed though many might feel so. The reason for thinking so is because four out of my last five films have been biopics. And new film Manjhi too is a biopic. (Laughs again) And my next project too will be a biopic. In fact, I started making biopics when nobody was interested in making biopics.

You last film, Rang Rasiya, was stuck for a long time. How frustrating is it for a director when a film’s release gets delayed?

It does really become frustrating. I don’t think any director would want his film to unnecessarily get delayed. It becomes even more frustrating when a film travels to different festivals, wins awards and then gets stuck. Rang Rasiya was a lovely film and like all my films I am very emotionally involved with that film. It’s unfortunate that the film’s release got delayed but the good thing is that it finally released.

Why did you decide to make a film on Dashrath Manjhi?

It was his story that moved me. I didn’t know anything about this person till I came across a small story about Dashrath Manji in a newspaper in 2010 describing his heroics. It was a lovely little report and I asked myself, why don’t we make films on such people? They are our true inspirations. There are so many people like Manjhi but we don’t know about their contribution. So, our team went to his village and researched on him and the film took off.

As I said, I devote a lot of time on the research. So, we researched for two years. It wasn’t an easy thing. Then we did the casting in 2012 and finally started shooting after another year and now the film’s ready.

How difficult is it making a biopic on a person, who isn’t known much?

I think this one question I would love to answer. Making biopics on famous and popular personalities is a lot different from making a film on someone like Dashrath Manjhi. Here the research becomes difficult because there wasn’t much information available on Manjhi. So, we went to his village, met his family members, other people from the village, who had to share some very inspiring stories and anecdotes about him and gathered as much information as possible. Then we did the scripting, followed by casting and shooting.

What was the idea behind casting Nawaz because you roped him when he wasn’t even a star?

That was exactly the idea. I didn’t want a star. Nawaz is a big name today but he is still grounded. I felt that he would be the right person to do the role because his eyes do a lot of talking. When I decided to cast him, Kahaani hadn’t released and he was still a struggler. Today, I feel I did the right thing because he could easily get into the skin of character because he was a struggler himself. So, he could understand the emotions, feelings and psyche of Dashrath Manjhi. He could easily understand what made the man take up such an impossible challenge and finally the pain and he took to carve a path through a mountain with just a hammer and chisel that took him 22 years.

Okay. What was the idea behind making a biopic on Rani Lakshimi Bai?

I think we know the Rani of Jhansi as just a warrior and martyr but that’s just one of things we know about this great lady. She not only sacrificed her life for her dominion and the nation but she was great in many other ways. Her contribution too is immense and that is what I wanted to capture in a film.

And you have roped in Kangana Ranaut for the role?

Yes, but that’s not because she is one of the biggest names today. I feel she is a brilliant actress and is a mix of both modern and traditional Indian woman, exactly what the Rani of Jhansi was at her age. And that’s the reason I chose her.