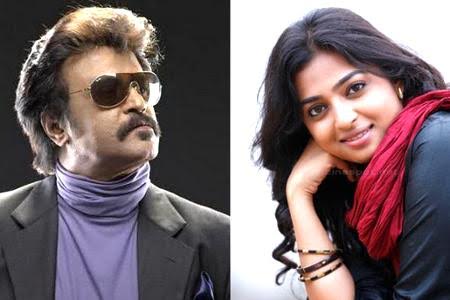 The film is titled 'Kabali'.

Radhika is a true Rajni fan and has seen most of his films, she likes 'Baasha' and 'Sivaji' in particular.

The Actor is looking forward to start of the shoot. The Badlapur actor also wants to take Rajni sir's Autograph on the DVD's of 'Baasha' and 'Sivaji' which she possesses.

Radhika, who garnered immense appreciation for recently release Sujoy Ghosh short film-'Ahalya' feels glad about getting this opportunity to work with an iconic person like Rajnikanth and she's looking forward to learning a lot from him.

The Badlapur actress has starred in several hit Tamil flicks.

'Kabali' is based on the life of a Don named Kabaleeshwaran, who was from Mylapore in Chennai.

Other than Radhika and Rajni , the cast also comprises of names like Prakash Raj, Dhansika and Kalaiarasan.