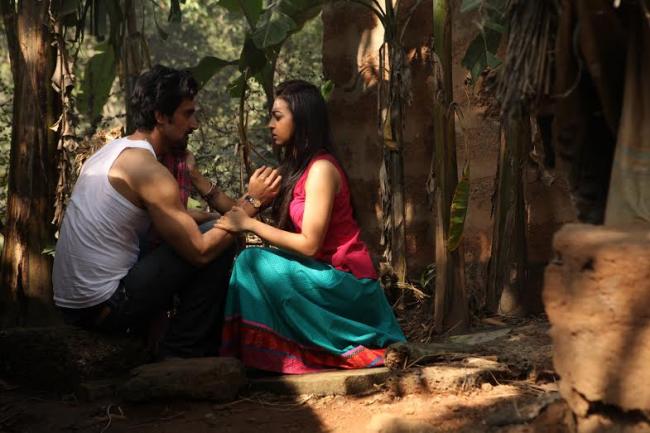 India Blooms News Service | | 21 Aug 2015, 06:28 pm
#Radhika Apte, # Kaun Kitney Paani Main, # Bollywood
Mumbai, Aug 21(IBNS): Actress Radhika Apte, who had wowed everyone in the short film 'Ahalya', will be next seen opposite Kunal Kapoor in 'Kaun Kitney Paani Main' and the actress claims that working on the film made her realize about the water crisis that rural India is facing.

Elaborating on the same, Radhika said, “Director Nila Madhab Panda used to tell us stories about parts of rural India, which have such an acute water shortage that water is actually sold in small packets over there like it is shown in our film."

" Shooting for the film really opened my eyes about the water crisis that rural India is facing right now and the issues the whole country will have to face if the situation does not improve," she said.

Radhika will be seen playing an educated girl from a village, who comes back to her hometown to use her knowledge to improve the situation of the village.