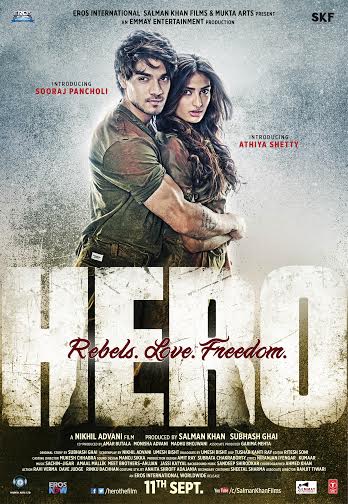 The song is very emotionally driven and depicts the romantic and emotional extremity of love.

After watching the young debutants grooving to the song 'Dance Ke Legends', this Rahet Fateh Ali Khan song serves as a nice breather to showcase the young newcomers' potential and versatility.

Composed by Jassi Katyal, the lyrics of the song have been penned by Kumaar. Salman was the first one to share the song link on twitter. The tweet read, "Mere Heroes @soorajpancholi9 and @theathiyashetty in the heartbreak song of the year. http://bit.ly/YadaanTeriyaan  #YadaanTeriyaanOutNow"