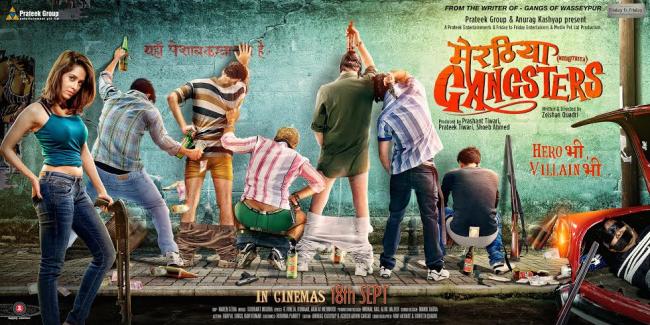 India Blooms News Service | | 13 Aug 2015, 12:05 pm
#Anurag Kashyup, # Meeruthiya Gangsters
Mumbai, Aug 13 (IBNS): The trailer of Anurag Kashyup's upcoming film 'Meeruthiya Gangsters' has been released.
Written and directed by Zeishan Quadri, the trailer highlights a group of six novice kidnappers as they trudge through a life of crime and danger. It also showcases a dark-yet-hilarious narration as the group dodge from the clutches of the police.

With a series of comical dialogues, the trailer is set to impress the audience just like the motion poster of the film that was released earlier.

Watch the trailer at: http://bit.ly/MeeruthiyaGangstersTrailer