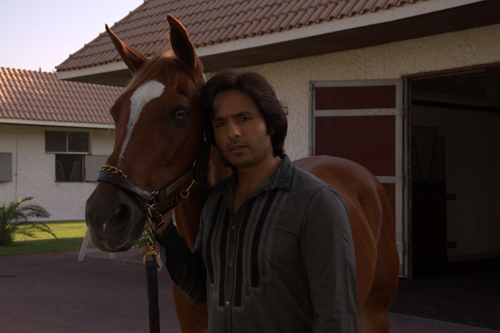 The makers noted that ‘Unforgettable’ is Bollywood’s first film to be produced completely out of the UAE.

For one particular sequence, the team not just shot in Godolphin Stable, one of the leading stables in the world, but also hired a racing horse from there, adding a touch of authenticity to the sequence.

Director Arshad Yusuf Pathan said, “It was unbelievable that we managed to get the place to shoot, as such places are not often given for shoots. The stable was fantastic and the genuine racing horse from the stable added value to the scene.”

Pathan said, “We wanted the location as it was a great place to shoot. We shot there the entire day and got treated like royalty.”

“It was an expensive sequence, but it was worth the money spent and the shot has come out really well," added Pathan.

The film is scheduled to hit the silver screen on Jun 13.