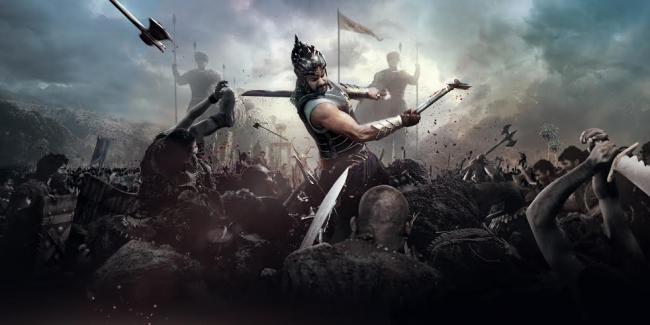 India Blooms News Service | | 30 Jun 2015, 04:26 pm
#Baahubali, # Jurassic World works with same special effects team
Mumbai, June 30 (IBNS) S.S. Rajamouli's Baahubali has been made on a magnificent scale with highly advanced technology being used for making the film that will hit the silver screen next month.

The VFX and special effects of the film are on a different level altogether, nothing less than the scale of any Hollywood film.

In fact, few members of the Jurassic World crew are also a part of the Baahubali crew.

The kind of special effects seen in both films will be on the same scale.

Baahubali is the first ever Indian film that transcends regional boundaries and has a pan-India appeal.

Presented by Karan Johar, Baahubali is set to release on July 10.