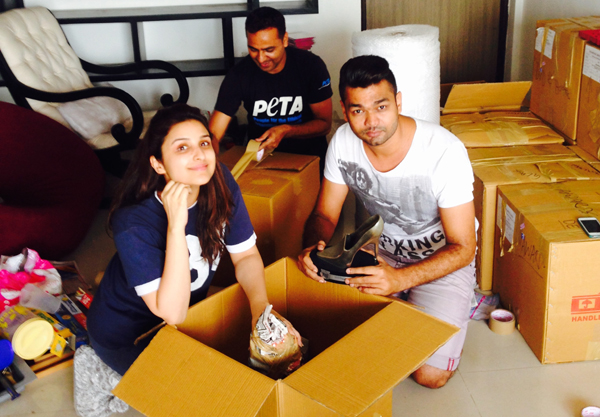 Parineeti Chopra thrilled to move to her new home in July

Speaking to the media, Parineeti said, “I was dying to have a house in Mumbai and it has finally happened due to God’s grace.”  From the moment she stepped into Maximum City, Parineeti has hoped to own a cozy, comfortable apartment with her a stunning view of the sea.  Having bought this apartment in the tony suburb of Khar, she indulged herself in decorating it to suit her preferences and tastes.  Despite handling her film & endorsement assignments all this while, the young actress has worked round the clock to complete refurbishments & décor chosen by her.   Now, she will move into the apartment in July and continue with the refurbishments.  As this is the first time Parineeti will own her very own posh address & residence, she is personally overseeing all aspects of interior décor.  She said, “I can’t tell you how Excited I am to be moving into my own home, since it’s been a lifelong dream! But quite a few tasks remain to be completed. I will complete the décor and finish most of them once I am living there.”