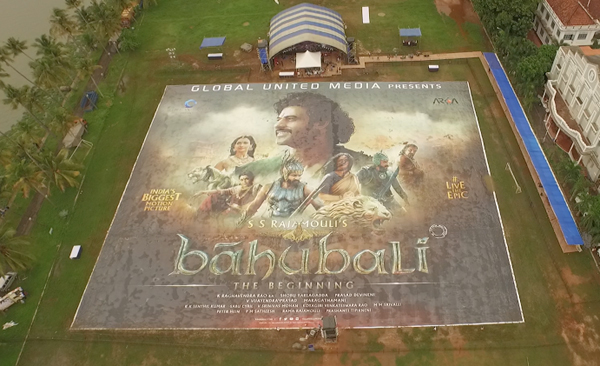 The Malayalam team of Baahubali held an event in Cochin, Kerala, where they unveiled the record breaking poster. The cast and crew of the film was present.

A huge crowd was present to see the biggest poster in the world of the most awaited film.

Baahubali is the first ever Indian film that transcends regional boundaries and has a pan-India appeal.

Presented by Karan Johar, Baahubali is set to release on  July 10.