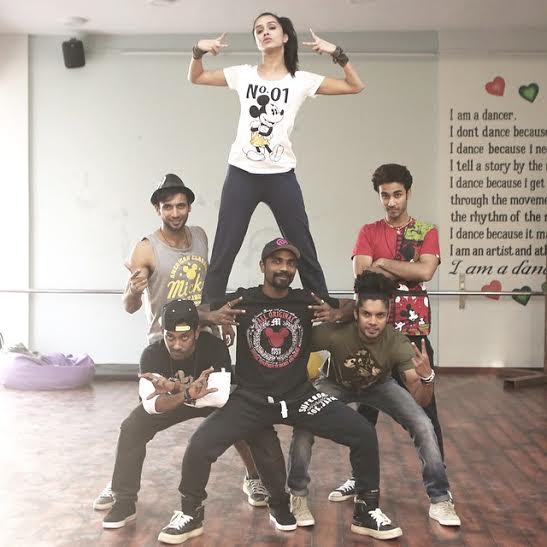 India Blooms News Service | | 26 Jun 2015, 09:58 pm
##ShraddhaKapoor, # #TicTac, # #ABCD2, # #VarunDhawan, # #LasVegas, # #RemoD'Souza, #
Mumbai, June 26 (IBNS): Tic Tac, the refreshment brand from Ferrero India, has come up with a fundigital dance contest called 'TicTac2Vegas' which will be live for almost a month.
The contest is a result of Tic Tac’s association with the dance movie ABCD2.

Apart from India,the movie is shot in Las Vegas where the final dance off takes place.To bond  strongly with the storyline of the movie, Tic Tac chose Las Vegas as the gratification to the winning group and hence the name of the contest.


Disney’s ABCD2, the film directed by Remo D’Souza and produced by Siddharth RoyKapoor will star big names like Varun Dhawan, Shraddha Kapoor and Prabhu Deva in lead roles. The filmis scheduled tobe released on 19th June and brand Tic Tac has an in-film integration in the movie.


Emanuele Fiordalisi, Vice President, Marketing, Ferrero India, said, “Tic Tac has all the attributes of a youth brand and it stands for fun, sharing and friendship. The movie ABCD2 is a natural fit for our brand these attributes have been brought out well through these brilliant actors.”


“Our contest TicTac2Vegas is an extension of our in-film placement. The idea is to bring out the core values of youthfulness, playfulness and sharing through the medium of dance”. Multiple agencies Blue Bang, OMD, Grey, and Glitch also jointly supported the campaign and anexcellent idea has already started connecting very strongly in a digitally led consumer segment of youngsters’’ he added.

Vinay Punjabi, MD & CEO-Blue Bang Media & Entertainment Pvt Ltd, the agency behind the alliance says: “There is a huge synergy between the brand TIC TAC and ABCD 2 that connects to youth. Tictac2vegas campaign is a model created keeping in mind the core brand attributes and engaging the consumer in the process of building the brand.”


The TicTac2Vegasdigital dance contest invites Indian citizens from 12 to 65 years of age to participate in a dance competition using Tic Tac packs as props. Remo D’Souza will be judge the final winners and they will win a sponsored trip to Las Vegas, USA.