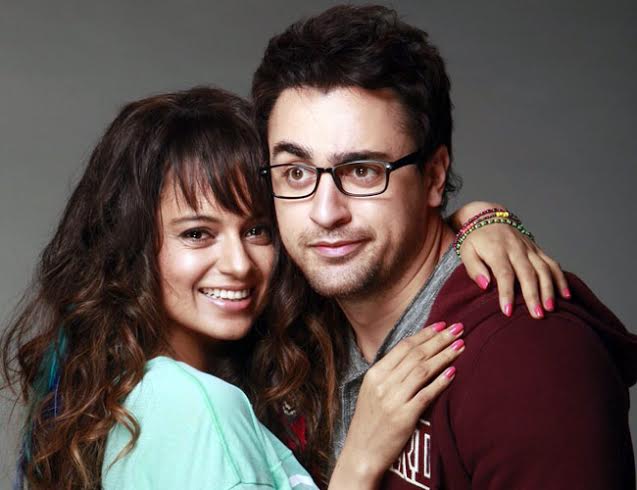 India Blooms News Service | | 11 Jun 2015, 02:04 pm
#Kangana Ranaut, # Katti Batti, # Kangana, # Imran Khan, # upcoming film
Mumbai, June 11 (IBNS) We have all seen Kangana showcase her phenomenal acting skills in her recent hits. However, this time around for her next film, we will see the actress step on the other side of the camera.

We hear that the actress has directed the first 7 minutes of her upcoming film, Katti Batti, in which she will be seen starring opposite Imran Khan.

The shots directed by Kangana feature both Imran and Kangana herself. They are playful and intimate scenes between the two.

It was shot in one take at one go.

The director of the film Nikhil Advani and Imran Khan were so impressed with ‎Kangana as it was not simple feat to handle camera, act, and shoot Imran.

It’s a seven minutes uncut sequence, I had to shoot it by holding the camera in my hands which was the demand of the script. It was nerve racking but actors can do anything for a director who shows trust and faith in his actor abilities. Nikhil is one such director” shares Kangana Ranaut.

Director Nikhil Advani adds, “One of my favorite scenes in the film is one in which Kangana's character is shooting Imran playfully with an iPad. I wanted the scene to be authentic and organic so Tushar the DOP suggested that we should allow Kangana to shoot it herself. The lighting was completed, the set was cleared out and Kangana has shot the scene like a pro adding one more talent to her already overflowing basket.”