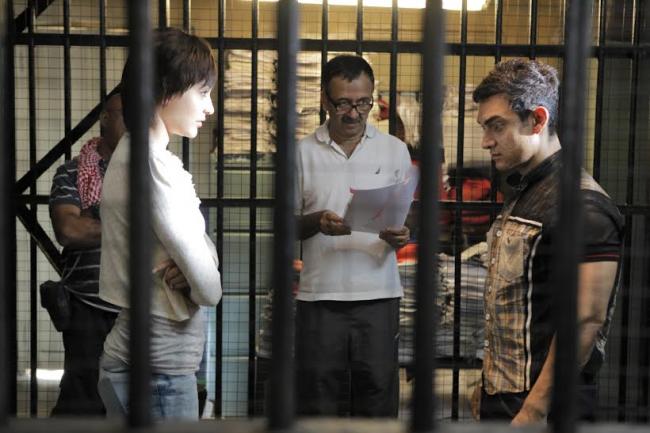 The film has broken all milestones and has created a record of a different order. The film that has gathered the highest collections of all times that numbers 620 Crores across world is the highest that any film has done till yet.

The collections are yet continuing to grow. The film which also released in China recently has already crossed Rs. 100 crore in the country in such a short span of time.

The overseas business has gone to $41 million which is Rs. 280 crore apprx and the India gross business is around Rs. 340 crore. It became the first film to hit rs. 600 crore worldwide.

Now with such a tremendous success, the team of P.K. is hosting a big celebration for everyone who worked for the film. Every time the ‎team thought of a success party another milestone was round the corner.

PK has had a journey that no other hindi film has witnessed in years.  Although earlier, the team did have small gatherings to celebrate the success of the film, this time around the team is planning for a big celebration and are inviting everyone that lead the film to be such a success.

Rajkumar Hirani, Aamir Khan, Vinod Chopra and Sidharth Roy Kapur are the names to start with for this big party.

The party will take place on June 10 with everyone being present to celebrate the ever growing success of the film.