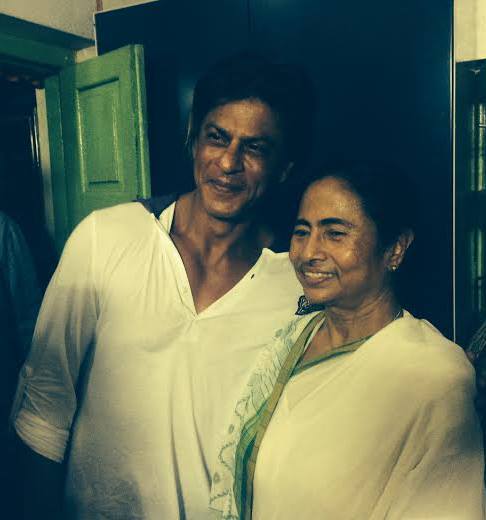 Khan was in the city in connection with his Kolkata Knight Riders (KKR)'s qualifier match against Kings XI Punjab.

Speaking on the meeting, Banerjee posted on her Facebook page: "Bengal's Brand Ambassador, Shah Rukh Khan was in Kolkata today in connection with his team, KKR's match. We are indeed very proud of him. KKR got a splendid victory. Congratulations to team KKR. Wish them all the best for the final."

"After the match, Shah Rukh came to my residence. It was really a very nice moment. My best wishes to Shah Rukh and his family members. A few pictures of today's occasion are uploaded here for all of you," she said.

Khan earlier tweeted: "My KKR how beautiful were they tonite. Fish fry with MamataDi…ride along the Kolkata roads with all celebrating."