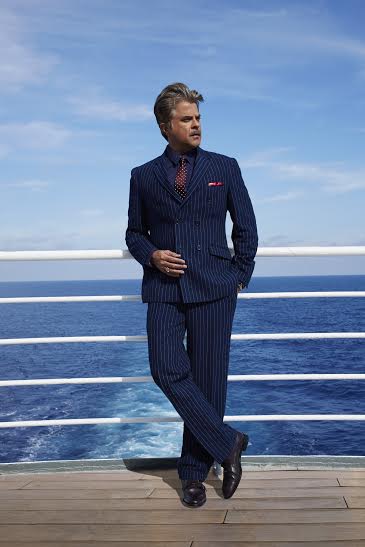 India Blooms News Service | | 26 May 2015, 07:21 pm
#Anil Kapoor wife Dil Dhadakne Do
Mumbai, May 26 (IBNS): Anil Kapoor's wife Sunita Kapoor is excited to watch Dil Dhadakne Do. She is waiting to see her husband play a father on screen for the first time.

Anil Kapoor is essaying the role of a father to Ranveer Singh and Priyanka Chopra. He plays the father to two grown up children.

Anil Kapoor, who will also be seen sporting grey hair for the first time, looks super cool and dashing in his stylish â€‹avatar. â€‹

Sunita Kapoor is eager to see her husband in a salt and pepper look, playing his real life role of a father on screen.

Anil Kapoor is a stylish dad both on and off screen.

Dil Dhadakne Do, one of the most anticipated films of the year, releases on June 5.