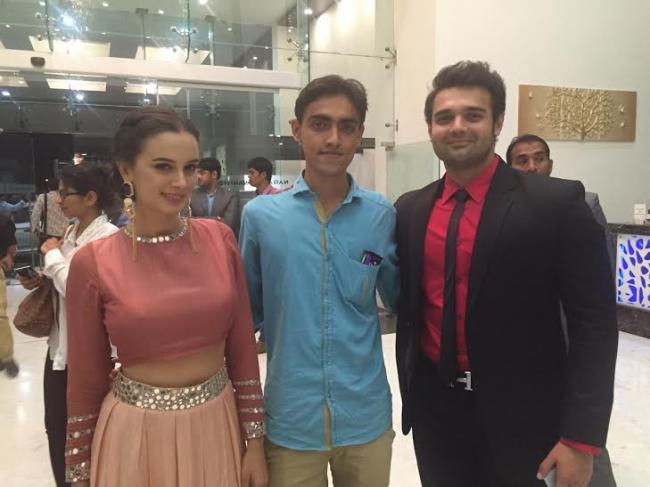 "One in a million" means Ishqedarriyaan

While on the promo tour with co-star Mahaakshay Chakraborty for Ishqedarriyaan in Ahmedabad a fan got pushed aside by security very rudely at an event.

Evelyn believes that her fans are the ones who made her the star she is today. She herself keeps very active on her social media and saw the message on her fan page. She instantly responded with an invitation for a meet and greet!

‘Ishqedarriyaan’ is a romantic film directed by V. K. Prakash, presented by Chariot Films & Metro Studios LLC (Georgia) and produced by Rajesh Banga. The film is set to release on May 29.