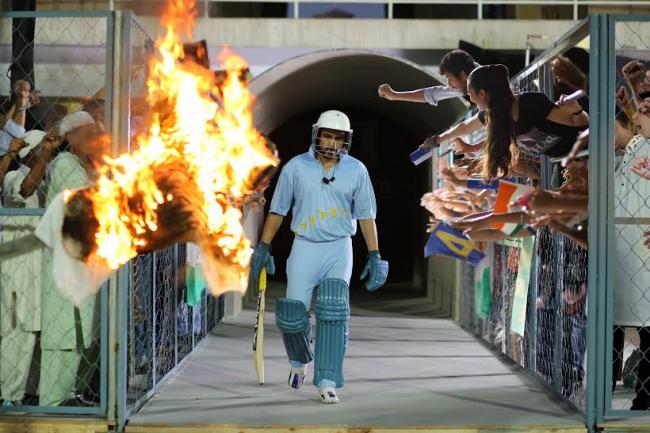 Emraan Hasmi will play the titular role and the actor has infused life into his character by not only getting his look right, but by also perfecting the cricketer's stance and his famous wrist movement.

The teaser trailer shows Emraan entering the cricket ground, clad in his cricket jersey, surrounded by an angry mob vandalising the stadium and as he approaches the game arena, a few spectators jump the fence and attack him. All this while Emraan's voice-over travels through the video and it gives the audiences an idea about what's in store for them.

The film will ensnare the three most important aspects of Azhar's life- his faith in Allah, his two wives and his alleged involvement in the controversial match fixing episode.

Though Emraan's face is not visible in the teaser, when he enters, you feel as if Azhar himself is walking towards the ground to face his opponents. Seeing the teaser, one will get transported back to the 90s, when Azhar used to work his magic on the pitch.

Written by Rajat Aroraa, Azhar will be directed by Tony D'Souza and is slated to release on May 13, 2016.