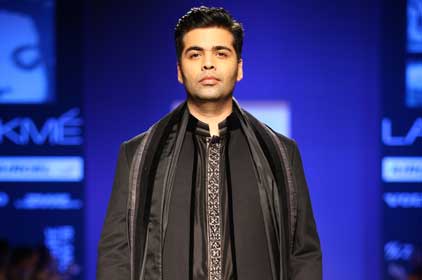 ï¸"
Music composer Vishal Dadlani tweeted: "Happy Birthday, @karanjohar ! Have a spectacular year! :)"
Actress Bipasha Basu posted: "Happy happy birthday to the guy who has the most wicked sense of humour n enviable wit.The super fun @karanjohar !Love always."
Actor Madhavan also took it to Twitter to wish and tweeted: "@karanjohar Heyyy Karan .. Wish you a very Happy birthday and an awesome year ahead....".
This year is very special for Karan who has appeared in the silver screen in Bombay Velvet. While the film is doing average business at the Box Office, his character has been highly acclaimed.
Karan entered the film industry as an actor in Aditya Chopra's 'Dilwale Dulhania Le Jayenge' in 1995.
He later made his directorial debut with the highly successful romantic film, 'Kuch Kuch Hota Hai' (1998) which won him a Filmfare Award For Best Director and Filmfare Best Screenplay Award.
His subsequent directorial efforts were the family drama, 'Kabhi Khushi Kabhie Gham' (2001) and the romantic drama, 'Kabhi Alvida Naa Kehna' (2006), a movie which dealt with the theme of adultery.
Both films were major financial successes in India and abroad.
Karan thus traversed a long way to establish himself as one of the most successful filmmakers in Bollywood.
His fourth film, 'My Name Is Khan' (2010) was met with positive reviews and grossed 2 billion (US$37 million) worldwide. It earned him his second Best Director award at the Filmfare ceremony.
He is the head of the production company Dharma Productions, which has delivered some of Bollywood's highest grossing films in India and abroad.
Besides films, Karan has established himself as a popular host of the celebrity-based chat show 'Koffee with Karan', in which he interviews renowned celebrities from Bollywood and India's glamour world.
He along with Madhuri Dixit and Remo D'Souza, has appeared as judges of celebrity dance show 'Jhalak Dikhhla Jaa'.
He has a long list of upcoming films being produced by his company including Shuddhi starring Varun Dhawan and Alia Bhatt
Related Images