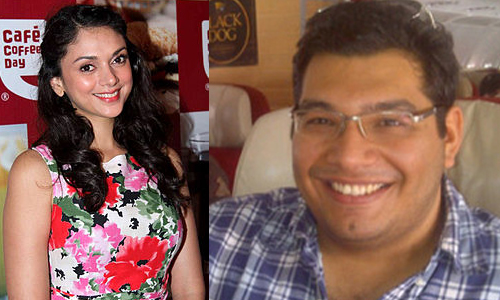 It is believed that Kayoze Irani and Aditi Rao Hydari, who were shooting recently in Panchgani for Manish Jha's directorial venture were in quite the pickle thanks to their food cravings.

An insider reveals, "Kayoze had really been craving his yummy Parsi food and had been saying it to his co-stars and producers for a couple of days. Aditi, who Kayoze struck quite a friendship with on set, decided to accompany him and post pack up that evening, they took off in search for a Parsi food joint on the highway."

"They drove quite a while and were far from their hotel and shoot location. On the highway, their car suddenly broke down, which caused quite a bit of worry. They tried all their efforts to make the car work, but in vain. There was no one in sight on the highway who could come forth and help."

"Finally, they spotted a vehicle coming in their direction and they decided to stop them and request if they could hitch a ride as that seemed like the only way out. And that's what they ended up doing. The vehicle owners were only too glad to drop them off to their hotel. After reaching their hotel, Kayo and Aditi requested production to have someone go and get the car picked up from the spot."

Well, it does look like food cravings can have repercussions beyond just the weight!