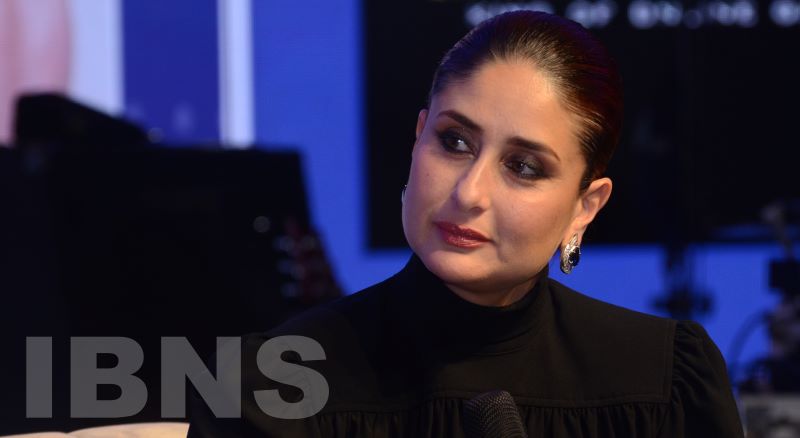 Kolkata/IBNS: Bollywood actor Kareena Kapoor Khan's last release Laal Singh Chaddha was one of the many films that had faced the #boycottBollywood campaign in recent times.

Speaking at a talk show by Young Leaders Forum with ICC here on Sunday, Kareena voiced her opposition to the campaign which is run by a section of netizens.

When she was asked for her reaction, Kareena said, "I don't agree with it at all because how would the actors entertain the audience then? How would the joy and happiness in life survive if the films are boycotted."

"I think everybody needs joy and happiness in life and they are promised by films. The actors and films have always provided that entertainment. If there are no films, how would people be entertained?"

Laal Singh Chaddha, which is directed by Advait Chandan, faced the boycott calls over its lead actor Aamir Khan's past comment on alleged growing intolerance in the country.

The latest Hindi film which has faced the similar calls is Shah Rukh Khan, Deepika Padukone and John Abraham starrer Pathaan, which is slated for Jan 25 release.

Recently in a meeting with Uttar Pradesh Chief Minister Yogi Adityanath, actor Suniel Shetty had raised the #boycottbollywood topic and requested the former to help the Hindi film industry with an appeal against the campaign.

"Your appeal can stop this #boycottbollywood. We are not suffering because of the cost or subsidy but the audience. We need to bring the audience back to the theatres...," Shetty had told Adityanath.

The trend started primarily after several Bollywood stars including leading actor Deepika Padukone were summoned by the Narcotics Control Bureau (NCB) in a drug case in the backdrop of the arrest of actor Rhea Chakraborty following the death of Sushant Singh Rajput in 2020.

The campaign against Bollywood went louder after Shah Rukh Khan's son Aryan Khan was arrested in 2021 from a cruise for allegedly possessing drugs.