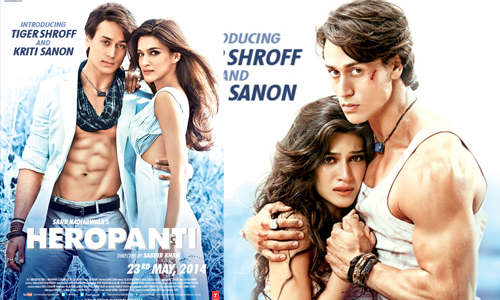 The posters feature protagonists Tiger Shroff and Kriti Sanon as an exquisite couple in one and with a fearful look on the other.

The first poster reveals about the beautiful chemistry between Tiger Shroff and Kriti Sanon. They look aesthetically attractive posing against the blue backdrop.

The second poster unveils their feared look as they pose characteristically. It portrays the hardships the couple goes through.

Produced by Sajid Nadiadwala, the movie is slated to release on May 23.