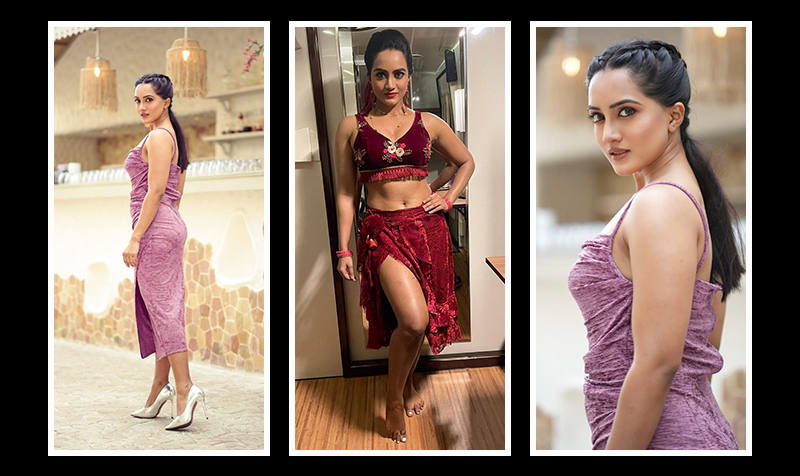 Amika burns the dance floor in Malayalam flick alongside Dileep

Mumbai: The singer-turned-actor Amika Shail is all set to perform on a special number in an upcoming Malayalam action thriller film titled ‘Bandra.’

After doing television, multiple OTT projects, and some Bollywood films, Amika is expanding her horizon down south with this being her second item number in Mollywood this year.

The dance number has been choreographed by Prasanna Sujit popularly known as Prasanna Master.

Commenting on her association, Amika said, “I am very excited to work on such a project with such an ensemble cast. I am extremely grateful to Producer Ajith Vinayaka for considering me for this project. I am keeping my fingers crossed for the audience’s reaction to the song.”

Dileep will be seen portraying the role of an underworld don in the upcoming film which marks his 147th project in his career spanning over two decades. The movie is scripted by Udaykrishna, who has written movies such as Pulimurugan, Monster, and Aaraattu.

“When I heard the backdrop of the song and the cast of the movie, I immediately said yes to the song. I listened to the song, after saying yes. The film is made on a big canvas and has people from various film industries for an amalgamation of sorts. I am excited and the film is expected to hit theatres in 2023,” said Amika as she signed off for the moment.