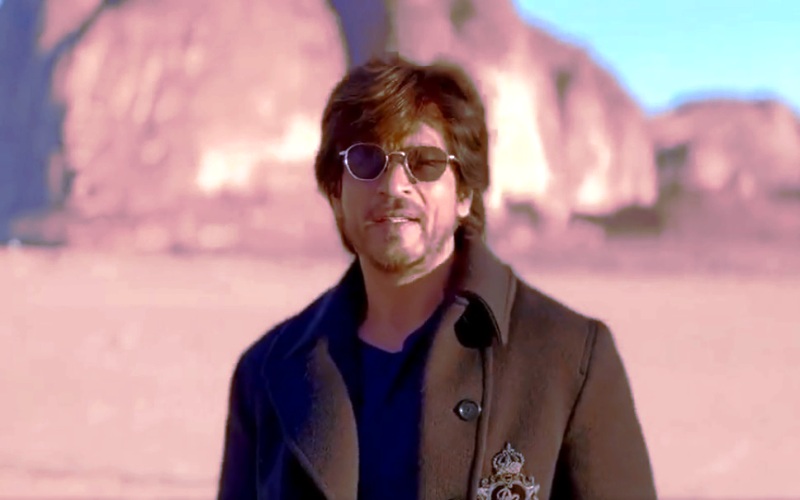 Mumbai/IBNS: Actor Shah Rukh Khan who was busy shooting for Rajkumar Hirani's Dunki, has wrapped up the Saudi Arabia schedule.

The actor treated his Insta family to a video in which he can be seen announcing the schedule wrap and thanking the entire cast and crew.

He also thanked Saudi Arabia's Ministry of Culture and Films for letting the crew shoot at "spectacular locations".

In the video, SRK looks handsome in a black ensemble paired with sunglasses.

"There is nothing more satisfying than completing a shooting schedule as is with Dunki here in Saudi. So I want to thank Raju sir and rest of the cast for making it look so lovely. Special thanks to Ministry of Culture and Films here in Saudi for giving us such spe spectacular locations, amazing arrangements and the warm hospitality. So, a very big Shukran (Thank you) to all. On to the red sea festival," the actor can be heard saying in the video.

Sharing the post, Shah Rukh Khan wrote, "A very big Shukran (Thank you) to #SaudiArabiaMinistryOfCulture , the team and all who made this shoot schedule of #Dunki so smooth..." Soon after the superstar shared the post, his fans flooded the comment section. A user wrote, "There is nothing more satisfying than watching you," while another wrote, "Love you sir am waiting for Pathan movie."

Helmed by Rajkumar Hirani, the film also stars Taapsee Pannu in the lead.

Besides Dunki, Shah Rukh Khan also has Pathaan with Deepika Padukone and John Abraham and Jawan with Nayanthara. Both films will release next year.