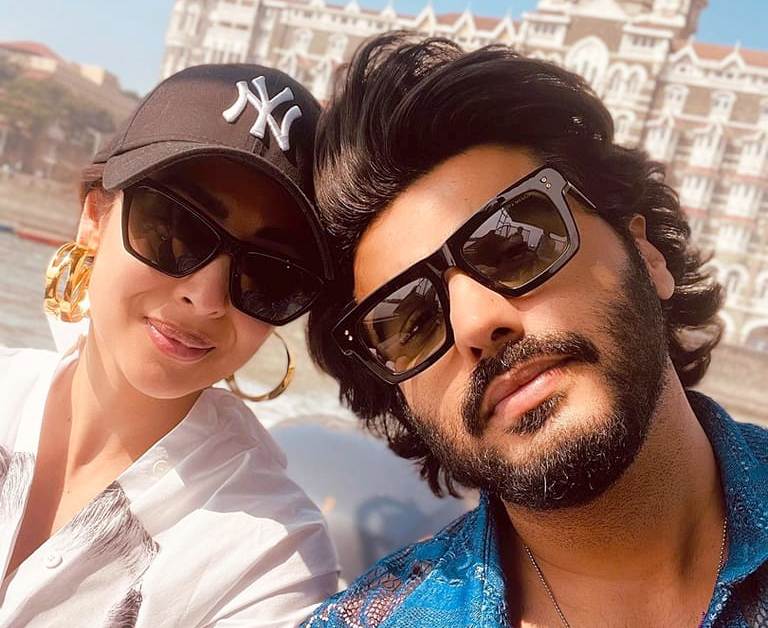 Mumbai/IBNS: Arjun Kapoor Wednesday called out a media report that claimed that his girlfriend Malaika Arora is pregnant.

"Exclusive - Is Malaika Arora pregnant?" read the headline of the article.

In a strong-worded statement, Arjun Kapoor, who has been dating Malaika Arora for over 4 years now, called out the site and the journalist writing: "This is the lowest you could have gone and you have done it by being casual, insensitive and absolutely unethical in carrying garbage news."

Addressing the journalist who wrote the aforementioned piece, the actor wrote: "This journalist has been writing such pieces regularly and getting away with it because we tend to ignore these fake gossip articles while they spread across media and become the truth. This is not done. Don't dare to play with our personal lives." 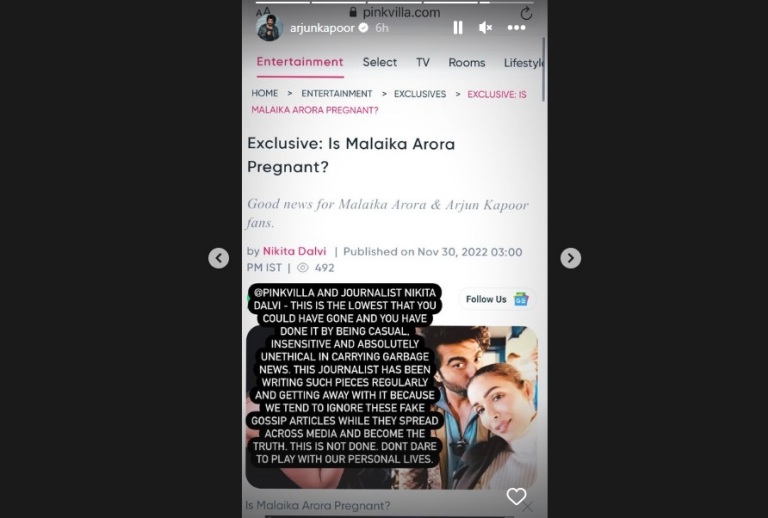 Malaika too slammed the report, calling the same 'Disgusting'. 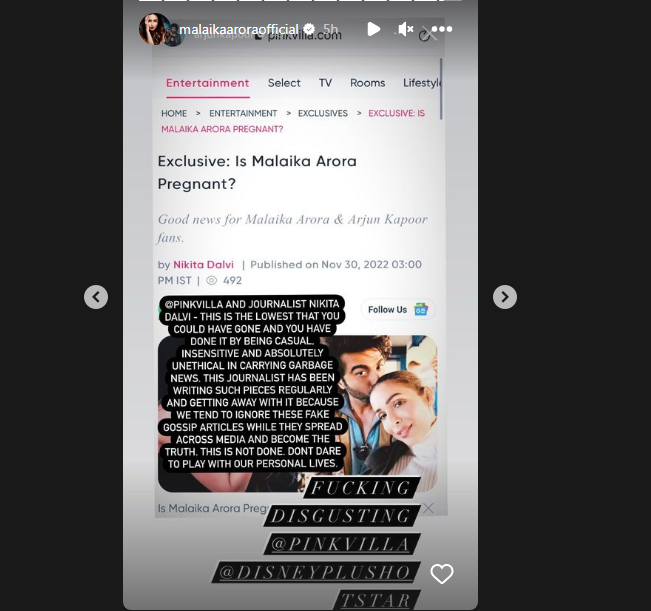 In January this year, the actor shut rumours about his and Malaika Arora's break-up writing: "Ain't no place for shady rumours. Stay safe. Stay blessed. Wish well for people. Love y'all."