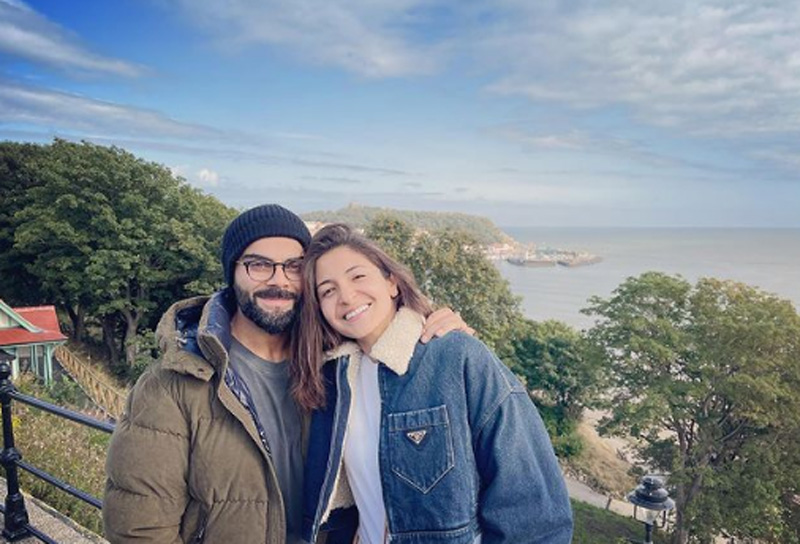 You are a wonderful man my love: Anushka Sharma writes heart-warming message after Virat Kohli's heroic knock against Pakistan

Melbourne/Kolkata: The entire cricket world is praising former skipper Virat Kohli for his gritty unbeaten 82 runs knock against Pakistan which ensured victory in a crucial T20 World Cup match but perhaps it was the long message from his wife Anushka Sharma which surely left him overwhelmed.

Anushka Sharma wrote on Instagram: "You beauty!! You freaking beauty!! You have brought sooooo much joy in peoples lives tonight and that too on the eve of Diwali!"

She said: "You are a wonderful wonderful man my love. Your grit, determination and belief is mind boggling !! I have just watched the best match of my life I can say and although our daughter is too small to understand why her mother was dancing around and screaming wildly in the room, one day she will understand that her dad played his best innings that night which followed after a phase that was tough on him but he came out of it stronger and wiser than ever before!"

"So proud of you !! Your strength is contagious ️and you my love, are LIMITLESS!!" she said in her heart touching post.

Kohli later responded to the comment and wrote: "Thank you my love for being by my side through everything every single moment. I feel so grateful and love you so much."

After restricting Pakistan to 159 runs for the loss of eight wickets, led by Kohli, India reached the winning target of 160 runs by losing six wickets.

Kohli, who was adjudged the Player of the Match, hammered six boundaries and four sixes in his dashing knock which changed the course of the game.