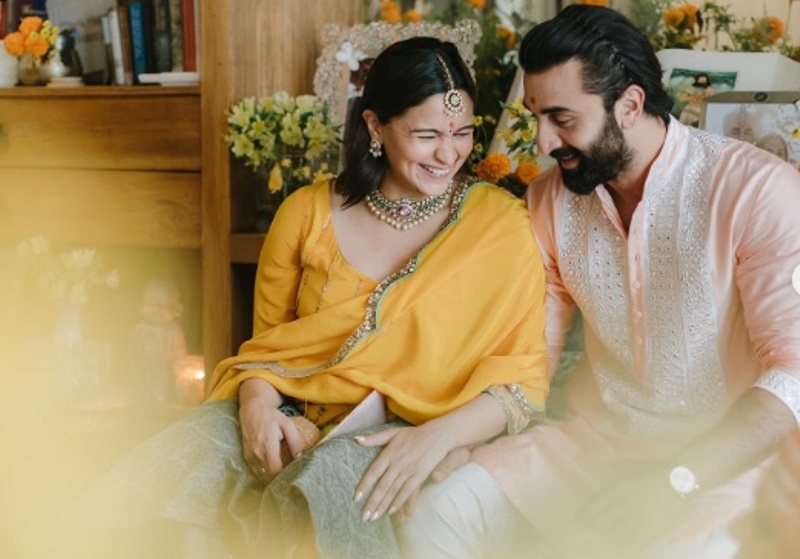 Mumbai/IBNS: Actress Alia Bhatt Thursday delighted her fans with a sneak peek of her baby shower with a set of pictures featuring herself, her husband Ranbir Kapoor and the family and friends who attended.

While Alia looked stunning in a sunny yellow ethnic wear, Ranbir opted for peach and white.

Of the images shared, one picture each was reserved for the Kapoors and the Bhatts.

The is also a photo of Alia with her best friends including Akansha Ranjan Kapoor.

Also in the photo are Shweta Bachchan, who is married to Ranbir's cousin Nikhil Nanda, his aunt Rima Jain and her daughter-in-law Anissa Malhotra, and Shammi Kapoor's wife Neila Devi.

The baby shower was held at Alia and Ranbir's home in Mumbai apartment bloc Vastu on Wednesday.

Alia and Ranbir took wedding vows in April this year. They co-starred in the recently released hit film Brahmastra.

On the work front, Alia has had a bumper year with four releases - in addition to Brahmastra, she received great acclaim for Gangubai Kathiawadi and Darlings, and was a part of the blockbuster RRR.

She will be making her Hollywood debut in Heart Of Stone with Gal Gadot.