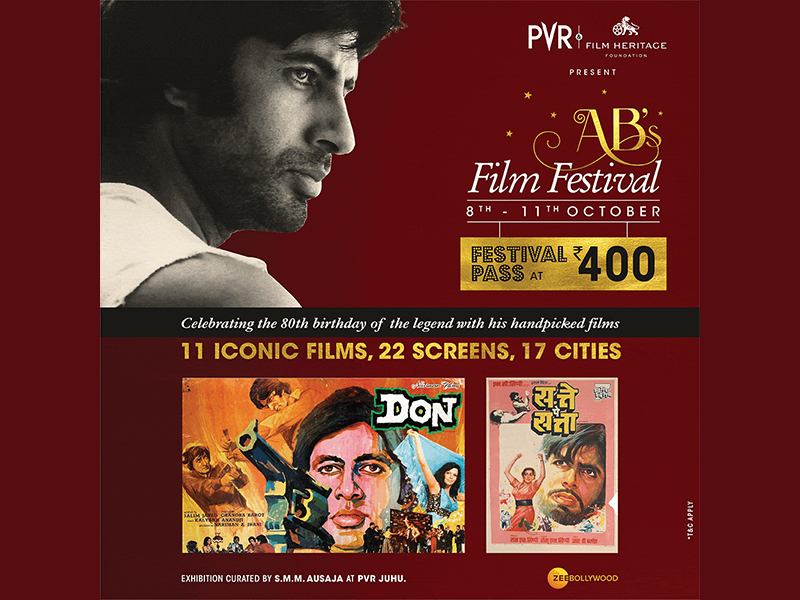 The films would be showcased as part of a film festival titled, ‘Bachchan Back to the Beginning’.

The four-day-long festival at PVR will screen 11 superhit iconic movies of the megastar on the big-screen across 22 cinemas in 17 cities.

As a special incentive to his fans who want to enjoy all the movies, PVR has made available a Movie Pass that can be purchased online through the PVR App and Web.

The pass can be redeemed across all days in any of the 22 cinemas where the movies are running.

Commenting on the festival, Bachchan said, "I didn’t think that I would see a day that all these films from my early career would be back on the big screen across the country. It is a remarkable initiative of the Film Heritage Foundation and PVR to showcase not just my work, but the work of my directors, fellow actors and technicians of the time who made these films possible.

"It brings back an era that is gone, but not forgotten. This is why saving India’s film heritage is so important. I hope that this is just the beginning of many festivals that will celebrate landmark films of Indian cinema back on the big screen."