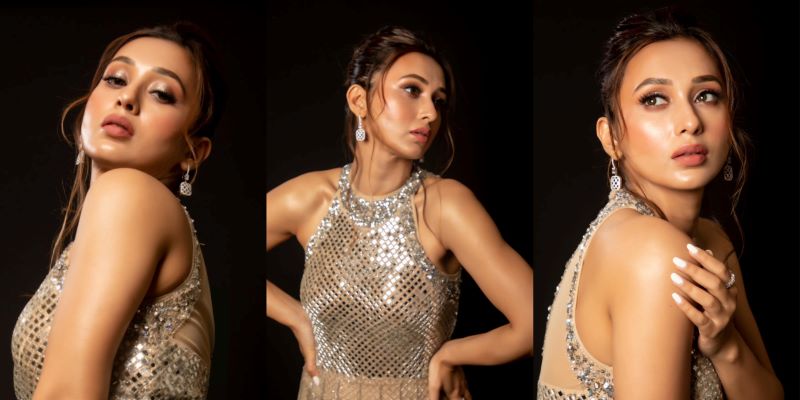 Catch how Mimi Chakraborty geared up for Filmfare Awards night

Tollywood actor-MP Mimi Chakraborty scorched the Filmfare Awards night in her own way attending the annual award ceremony along with her senior colleague back home, Prosenjit Chatterjee, Tuesday.

A day after the awards night, Mimi took to her Instagram profile to share some scenes while she was gearing up for the ceremony in Mumbai.

The actor, who looked gorgeous in a gown at the awards, wrote in the caption of  a post, "It's all about #FilmfareAwards2022 night."

Her last film was Mainak Bhaumik's Mini which released earlier this year.

Though she had turned down Bollywood offers earlier, Mimi made her Hindi film debut recently through the remake of Bengali film Posto.

Speaking of her debut in tinseltown, Mimi had earlier told India Blooms, "Mumbai has never intrigued me. I was offered films in Mumbai earlier also but I couldn't manage going there due to some reasons.

"As I waited for the script, I thought it was the right time to go there and I did. The working experience was also amazing."