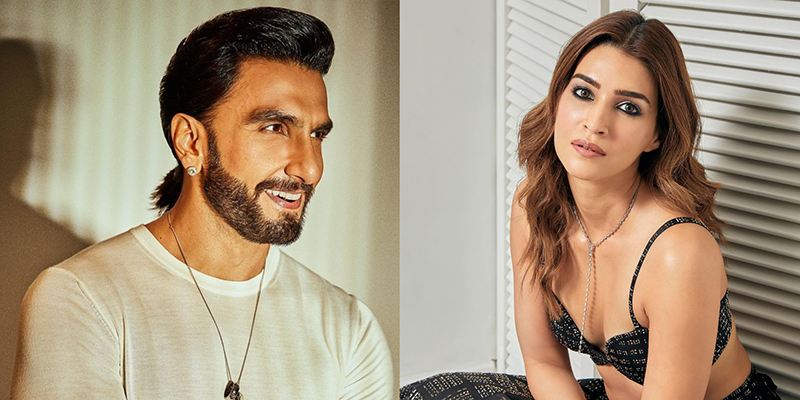 Ranveer has won the Best Actor in Lead Role (Male) for 83, which is centred on India's Cricket World Cup win in 1983, in the annual award ceremony that honours artistic and technical excellence in the Hindi film industry or Bollywood.

He accepted the award in presence of his actor wife Deepika Padukone, who played Kapil Dev's wife Romi Dev in the Kabir Khan directorial 83.

Kriti on the other hand has won the Best Actor in Lead Role (Female) for Mimi, which dealt with the subject of surrogacy.

In Mimi, which was directed by Laxman Utekar, Kriti played the role of a surrogate mother.