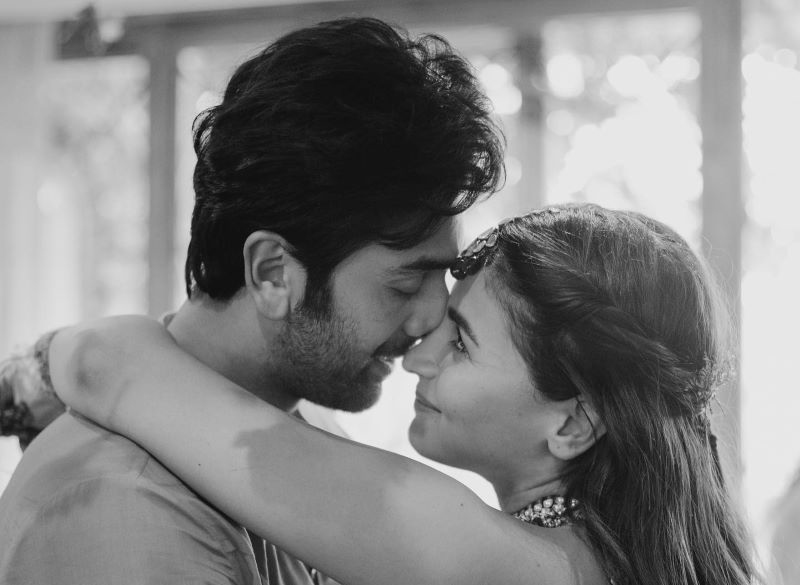 Actor Ranbir Kapoor is currently facing massive backlash on social media over his comment made for his pregnant wife Alia Bhatt, which has created a lot of buzz among the netizens.

He made the remark while promoting his upcoming film Brahmastra with Alia Bhatt and Ayan Mukerji.

During a live session on their upcoming film Brahmastra's promotion, the star couple along with the director was seen talking about why they are not yet promoting in the way they do for other movies.

Alia replied, "We will promote the film, and we will be everywhere but if the question you are asking is why we are not phailod (talking about widespread promotion) everywhere, right now our focus is..."

At this moment Ranbir quickly pointed at his wife's baby bump and said, "well I can say somebody has phailod (referring to Alia gaining weight), and added he meant the comment as a joke.

Alia and Ayan were seen stunned by the comment.

The clip of the interaction is circulating widely on social media.

While some users expressed shock at Ranbir's comment, others took it in a light gesture.

On of the comments read: "If he is saying this on camera, think what he says in private... but he has made loads of such comments with Katrina and Anushka.. and they both give it back to him then and there.".

"My ex was like this. He would say things about my weight and personality and try to pass them off as jokes. Alia should run far away from him," said another

Ranbir Kapoor and Alia Bhatt got married in April earlier this year at their Mumbai home in the presence of family and a few close friends.

Alia announced her pregnancy in June in an Instagram post in which she wrote: "Our baby... Coming soon."

Ranbir and Alia will be seen sharing screen space for the first time in the film, which also stars Amitabh Bachchan, Nagarjuna and Mouni Roy in pivotal roles.

The film has been backed by Karan Johar's Dharma Productions and it is slated to release in theatres on Sept 9 this year.