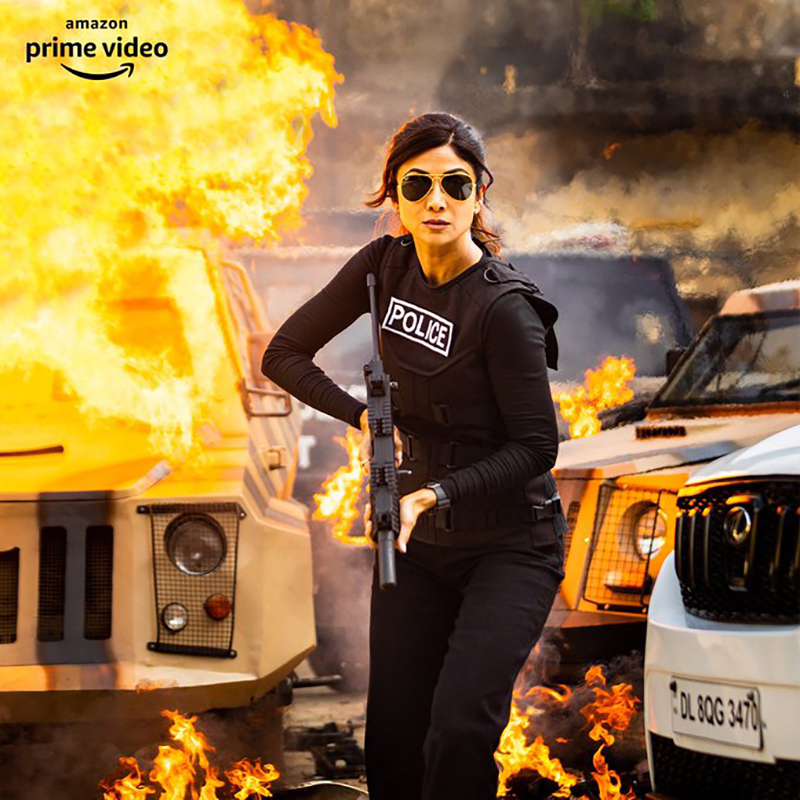 While the talented actress fractured her leg recently on the sets of the show, not many are aware that the actress performed all action stunts by herself.

Ever since the makers of 'Indian Police Force' have launched the impressive BTS videos featuring Shilpa performing stunts from the show, it has piqued huge curiosity amongst the movie buffs waiting to see all the action unfold in Rohit's cop universe.

A source informs, "The latest videos featuring Shilpa performing action stunts impressed the audience, especially all her fans. Needless to say, 'Indian Police Force' that marks the collaboration of two Shettys' including Rohit and Shilpa is highly anticipated for all the action and drama."

"Not many are aware that it was Shilpa and Rohit's conscious decision that she will do all her stunts for the action drama by herself without the help of a body double. Since Shilpa is known to be one of the fittest female stars of Bollywood, she refused to take help of any body double," the source adds.

A star of all mediums - movies, television (as reality show judge), radio show host and now OTT, Shilpa Shetty has been entertaining the audience and her ardent fans for three decades now.

The leading superstar made her big comeback to the big screen after 14 long years recently with 'Nikamma' alongside Abhimanyu Dassani and Shirley Setia.

On the work front, the busy actress has multiple projects on the horizon. She is gearing up for the release of Sonal Joshi's 'Sukhee' wherein she plays the lead protagonist and Rohit Shetty's 'Indian Police Force'.