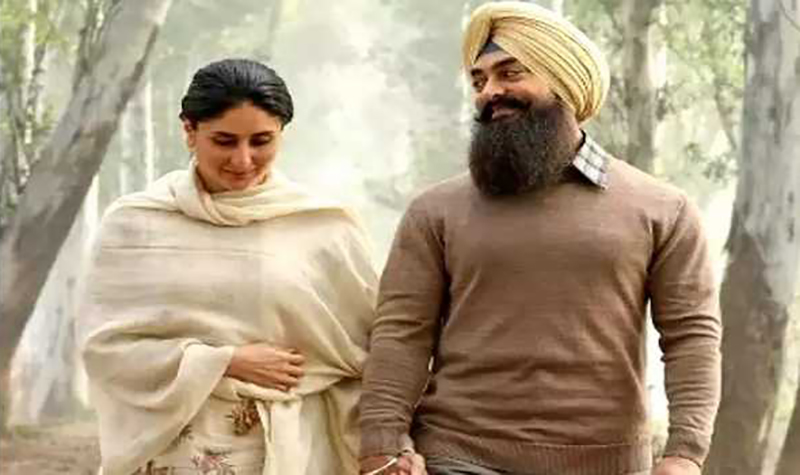 Protests in UP against Aamir Khan's Laal Singh Chaddha

Varanasi/UNI: A protest was held against the Aamir Khan-Kareena Kapoor starrer "Lal Singh Chaddha" at Vijaya Mall here on Thursday by members of 'Sanatan Rakshak Sena'.

The protesters demanded a boycott of the movie that was released on Rakhsha Bandhan and said that Aamir and his wife do not feel safe in the country, so his movie should be released outside India.

Later they submitted a memorandum with the Station House Officer of Bhelupur Ramakant Dubey.

The organisation has appealed to the people not to watch the movie and not to waste their time and money on it.

The SRS has also demanded Uttar Pradesh Chief Minister Yogi Adityanath must ban the movie in the state.