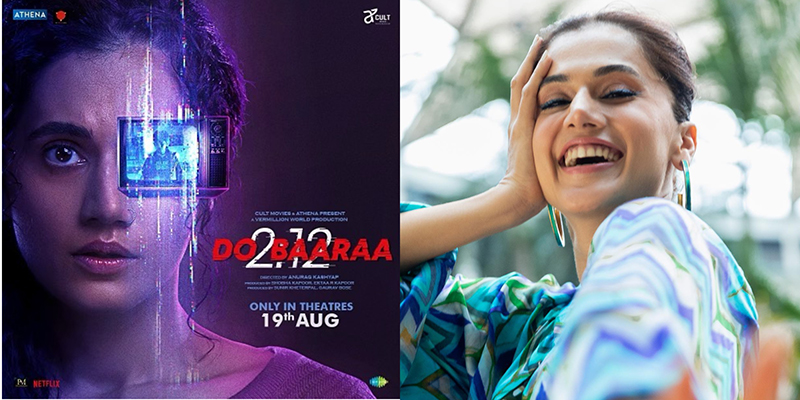 I feel left out: Taapsee Pannu requests netizens to boycott her film Dobaaraa

Actor Taapsee Pannu's witty reply was on display when she was asked about a new trend on social media where a section of netizens often calls for the boycott of films for disparate reasons.

Reacting to the boycott trend, Taapsee, who is waiting for the release of her film Dobaaraa, said, "Please everyone boycott our film, Dobaaraa. I want to be in the same league as Aamir Khan’s Laal Singh Chaddha and Akshay Kumar’s Rakshabandhan."

While Aamir has requested the audience to watch his film, Akshay told India Blooms that the boycott calls "do not make any sense" to him as the film industry, as he said, like every other industry "helps the economy of India".

The film is slated for Aug 19 release.