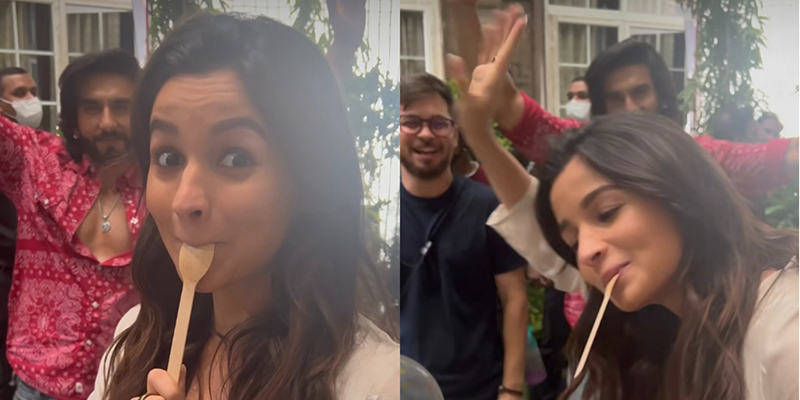 As she wrapped up, Alia danced to the song of Channa Mereya from her actor husband Ranbir Kapoor's film Ae Dil Hai Mushkil, a video shared by Karan on Instagram shows.

Sharing the video online, the director, who gave Alia her first Bollywood break with Student of the Year in 2012, said, "A talkie wrap on my Rani! Watch Rocky cheer her on !

After Gully Boy, Rocky Aur Rani Ki Prem Kahani will be the second film where Alia and Ranveer will be romancing on-screen.

Meanwhile, Alia, who is undoubtedly one of the leading Bollywood stars, is gearing up for the release of her first co-produced film Darlings, where she will also feature as an actor.