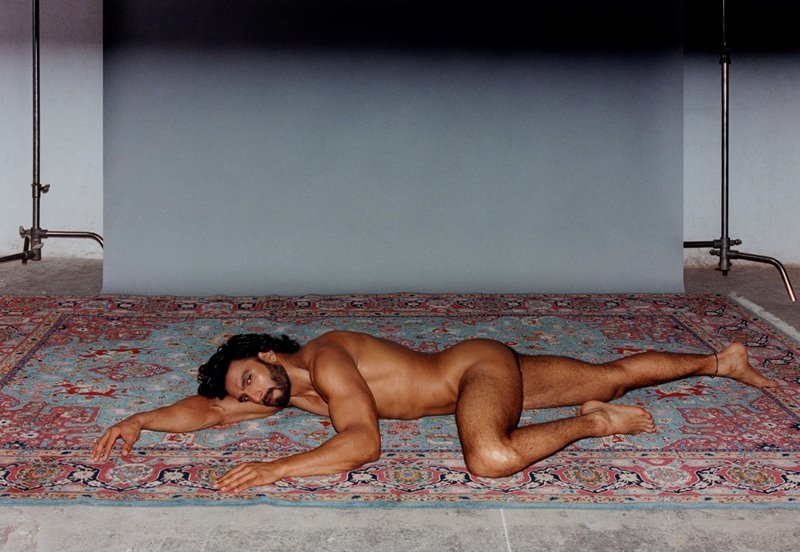 Mumbai: Bollywood star Ranveer Singh's nude photoshoot for PAPER magazine created a buzz among his fans but now the same pics have become a cause of trouble as a complaint has been lodged against him with the Mumbai police for "hurting the sentiments of women".

Ranveer's images broke the internet with fans going gaga over the star's lean muscular body as he posed nude sitting on a Turkish rug.

The images went crazy viral and elicited praise from the actor's sea of followers.

In the interview with PAPER magazine, Singh, when he was asked about nakedness, said, "It’s so easy for me to be physically naked, but in some of my performances I’ve been damn fucking naked.

Amid admiration and praise for images that reflect the actor's raw sexuality, some strong reactions also emerged.

Tollywood actor and Lok Sabha MP Mimi Chakraborty questioned whether a female actor would have received the same adulation had she stripped to nothing for a photo shoot.

Sharing Singh’s nude picture in an Instagram story, Chakraborty says, “The internet broke with this post with comments like 🔥, just wondering if the scenario was little diff. and she was a woman would u have appreciated it in the same way or slut shamed her???!!!!!

“We talk about empowering her and equality but where is it???!!!”

On the work front, Ranveer will be soon seen in Rocky Aur Rani Ki Prem Kahani. He has recently wrapped up the shooting for Rohit Shetty's Cirkus based on Comedy of Errors written by Shakespear.