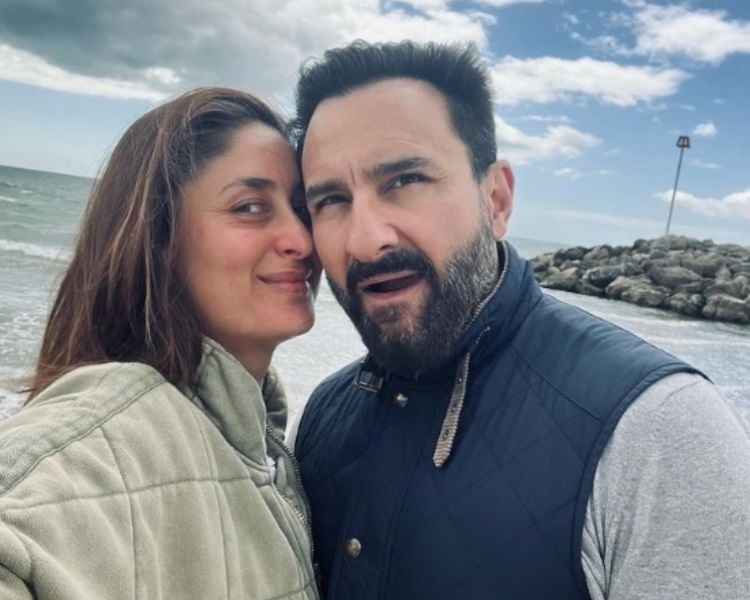 'Am not pregnant, Saif contributed way too much': Kareena Kapoor shuts down rumours

Mumbai/IBNS: Actress Kareena Kapoor Khan, who is holidaying with her husband Saif Ali Khan and kids Taimur and Jeh in Italy, has shut down rumours of her being pregnant and said it was "pasta and wine".

She wrote, "It's pasta and wine guys.....Calm down... I am NOT pregnant... ufff... Saif said he has already contributed way too much to the population of our country... Enjoy... KKK." 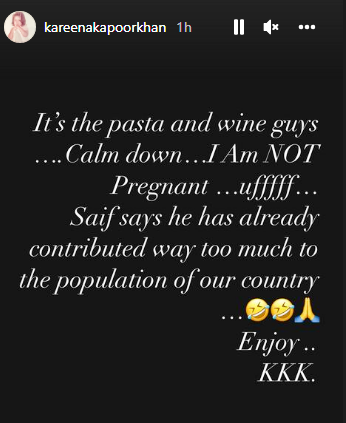 This comes after a picture of Kareena Kapoor with Saif Ali Khan and their friend a few days ago went viral on the internet, which shows her bloated stomach.  Check out the picture below:

Kareena and Saif spotted in London with friends pic.twitter.com/HBhGOQvKtm

Kareena Kapoor has been already treating her fans by dropping pictures from her vacations.

The actress has also shared an adorable picture of her younger son Jeh. In the image, cute Jeh can be seen sitting in a carrier at the airport, while in the background, the signboard reads, "Hand baggage allowance". Sharing the picture, Kareena captioned the post as "The caption says it all," followed by laughing and love-struck emoticons. 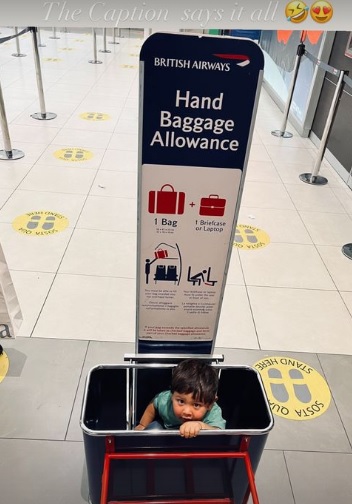 Before jetting off to Italy, the family was vacationing in London.

From attending The Rolling Stones concert to watching India Vs England match, it seems like Kareena Kapoor had a blast during her stay in London with family. Check out some posts below: