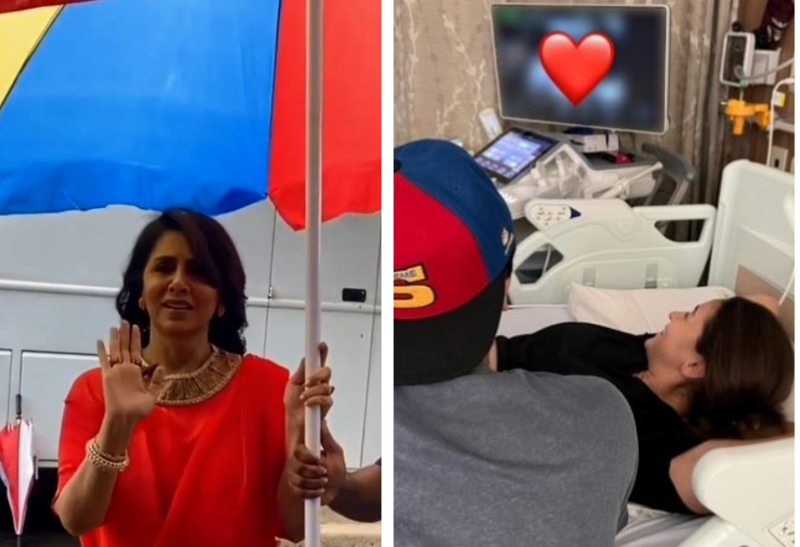 Mumbai/IBNS: Neetu Kapoor, mother of actor Ranbir Kapoor, was on Monday taken off-guard on the set of a talent show that she judges when the paparazzi congratulated her for becoming a grandmother.

Unaware of Alia Bhatt's pregnancy announcement, Kapoor asked why she was congratulated and then grimaced, visibly unprepared, when the lensmen told her "dadi ban ne wali ho (you are going to be a grandmother)."

Bollywood's leading actor Alia Bhatt swept the internet by storm announcing her pregnancy on social media little more than two months after she got hitched to actor Ranbir Kapoor.

Bhatt took to Instagram to share a picture, supposedly from a hospital cabin, where she is seen lying down while Kapoor seemingly sitting beside her.

On being pressed, Neetu Kapoor responded to the paparazzi simply with a "Thank you," which she repeated when told there is a "junior Kapoor on the way."

She's already a granny to Samara, daughter of Riddhima Kapoor and Bharat Sahni.

Neetu Kapoor also gave a shout-out for Ranbir Kapoor's next film Shamshera as well as Brahmastra which co-stars Alia.

Later in the evening, she herself posted a cute image of Ranbir and Alia with a note that read "God bless."