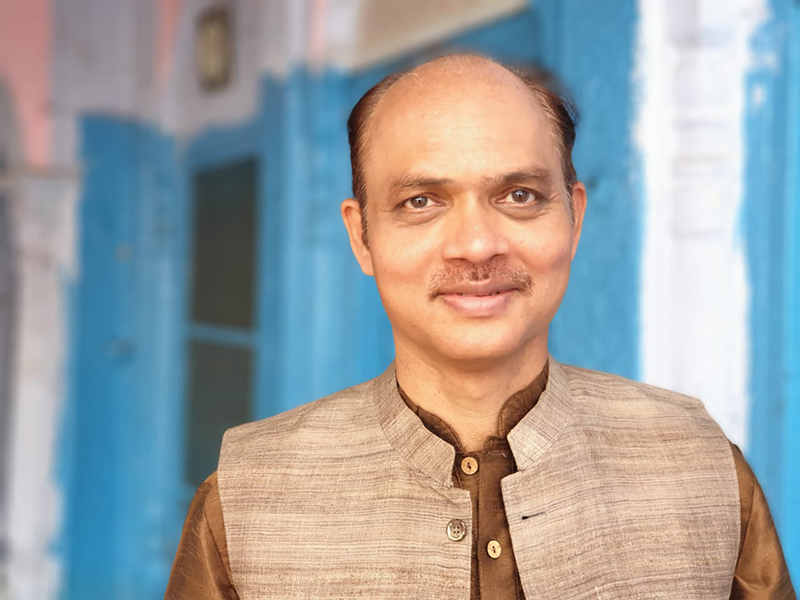 Ashok Sharma: Working in Ishqiyoun has given me a lot of confidence to take up further challenges

Mumbai: Ashok Sharma will be seen as Gajraj in the much-talked about series titled Ishqiyoun. The actor shares that he had a wonderful experience working with director-producer Payal Saxena  and Elixir Productions for the show.

“I am basically a theatre person, and have been doing theatre since 1980. Payal Ma'am has a lot of faith in her team and me as an actor. She has been very encouraging and supportive on the set. For me it was a different atmosphere coming from a theatre background. I was nervous, but the full team made me comfortable, made me feel as if I am also one of them, which made me confident. In the series I play the father of the main character. Gajraj has a lot of shades to him and I must say portraying him on screen was quite fulfilling. The title of the show is catchy and the audience can expect a fun-filled love story,” he says.

Each new project adds value to the growth of an artist. And, Ishqiyoun has made Ashok quite confident. He is now looking to take up more challenges and work in films, web and TV.

Web Series are in these days and a plenty of platforms are coming up, making a lot of content. “During the lock down, I had seen lots of web series, most of them were either full of violence or sex or both. So, it’s embarrassing to sit with the family and watch at times. However Ishqiyoun is a series which is very entertaining and can be watched with the family,” he adds.