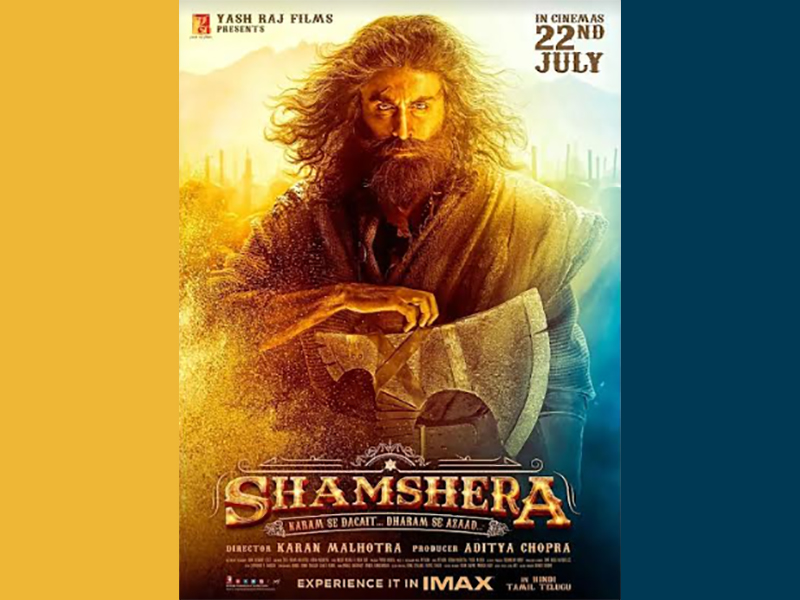 Mumbai: Yash Raj Films made it a super Friday for movie lovers by dropping the much-awaited trailer of the film Shamshera.

Actor Ranbir Kapoor will be seen playing a double role for the first time in his career in this movie.

While Ranbir is playing the titular role, Sanjay is essaying the role of the antagonist Daroga Shudh Singh in the action-packed movie.

The trailer begins by giving a hint of the plot with the story set in 1871.

Vaani Kapoor makes a small and impressive appearance in the trailer.

She plays the character of dancer Sona.

Incidentally, Ranbir had previously played Sanjay Dutt in Sanju.  The movie had performed strongly at the Box Office.

The movie will be released in  Hindi, Tamil and Telugu.