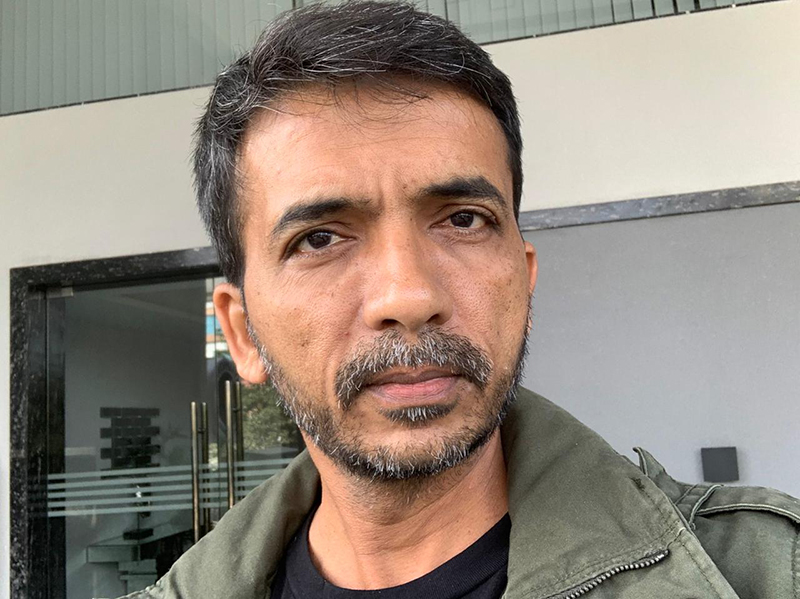 Director-actor Ravindra Gautam is thrilled to have got the chance to be part of the show Nishabd.

The show centres around the LGBTQI community and is one of the first shows touching their concerns on TV.

"It’s a brave attempt by the Atrangii channel and Mr Vibhu Agarwal to try and change TV’s narrative. We all must support them wholeheartedly," he says.

"I was not at all apprehensive before taking on the show. Members of the LGBTQI community are just like us with different sexual preferences. I don’t even like them being called differently as LGBTQI," he added.

Talking about working with director-producer Mitu and Positive Thinkerz, he says, "Mitu and I, our friendship goes back 20 years so it was fun working with her, in different roles this time though.

"She would always be at the creative end and I would direct, This time, it was her as a director and me as an actor, so it was a lot of fun. But on a serious note, she has always been an exemplary creative director. Her understanding of human emotions is unparalleled. And that’s what makes for a good director.”

He adds, "Mitu was the only factor. She is a creative person and understands content and storytelling. The way she tells a story is very different."

The actor adds that it’s high time we talk about the issues faced by this community.

"Conversations make understanding better. As a society and a nation, we have progressed and we are more open to talking and sharing. Our cinema and television have also progressed in depicting the realities of society," he says.